I am so over the Nike drama. A few short years ago I would have been all over social media debating my feelings and trying to shed light on the facts as I see them. I would point out validities and inconsistencies in both sides and try to educate otherwise numb minds. I would have passion that would often times keep me up at night, and a lot of “come at me, bro” mentality. And then I would accept defeat. Not in my feelings on the topic, but rather the idea of changing any minds. (I’ve done it a few times. But it was exhausting) it seems that these days people relate more to a funny meme with glaring flaws, than a valid argument from a friend or peer.

The cool thing is, I started a blog! So I can express and record my feelings here with (almost) no backlash! So how do I feel about this Nike debacle? Well, lots of ways. Let me explain.

I’ll start with the original issue, kneeling for the anthem: I wouldn’t do this in any environment. I think this is very disrespectful, as an American. In fact, I tear up almost every time i am present during the national anthem. My grandma encourages us to stand in silence during the event at our annual family super bowl watch party. I feel so grateful that I get to live in one of the best countries on earth, and will never take for granted the liberties I have here. One of those being the ability to peacefully protest and express your opinions. If you choose to do it by kneeling during your national anthem, more power to you. And Colin Kaepernick, well, what a stage to do it on, with millions watching. Great job spreading awareness on a topic you feel passionate about. Again, I wouldn’t have done it, but an issue as big as this demands the attention of millions, and you set the way. Way to go!

So then I come to Nike. I did a lot of research on Nike in college. The company and its different branches were regularly my pick when I needed to select a company for a research project in most classes. I think, as with any giant company, they have their flaws. But I think the add that was dropped this week is one of their most off putting advertising plans yet…. if you live under a rock, here it is. 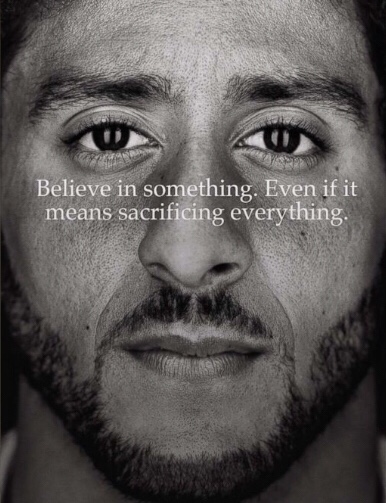 So, pretty solid add, right? The marketing major in me applauds their efforts. Everyone is talking about Nike right now, and supporters have bought new Nikes, as likely their target demographic(hello, I’m Andrea 🙋🏼‍♀️), while the majority of those offended were likely not their biggest customers anyway. Great move, Nike.

But it is so wrong.

“Believe in something. Even if it means sacrificing everything”

I am having a hard time seeing what Colin Kaepernick really sacrificed when he took that knee? Maybe a couple more years of his career? It’s just a job! Oh, the giant salary attached to those years in his job? Nope, I am sure the Nike agreement is going to help take care of that. Ohhh, the support of his fans!? I doubt his fan base was super impacted by his move. And again, that is not everything.

I think the words sacrificing everything should only be spoken about those who really have sacrificed EVERYTHING. And when you say doing this for something you believe in, I think of fallen military members, fallen police officers, fallen fire fighters etc. You get the picture. Those are people who have sacrificed EVERYTHING for something they believe in. So the add is somewhat insulting to their memory.

While I understand that Nike is pushing a political agenda here, and being that the company caters to athletes, I also understand their pick for their frontman on the campaign. It is just the words on that face I have a problem with. I have no idea where Kaepernick lives, what kind of car he drives, or what his hobbies are outside of football. I bet it’s a nice house, nice car, and I bet he has a lot of fun. I bet he is grateful to be alive. I doubt he feels as though he has sacrificed much to get where he is. Let alone everything.

So Nike, if you are looking for a face to pair with those words, there are thousands that would truly represent the words on that add. We still have military and public service members sacrificing everything for something they believe in. Here are three that I can tell you about. 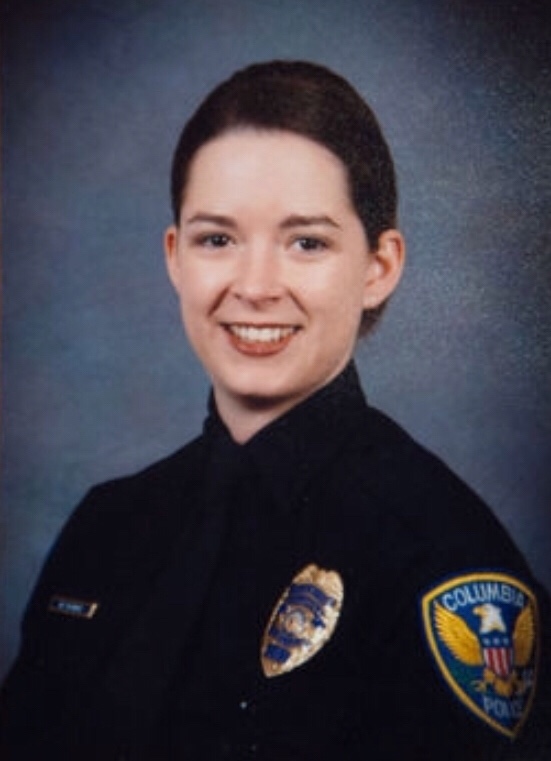 Molly Bowden was a 26 year old police officer in my hometown of Columbia, MO. In January 2005 she was shot and killed during a routine traffic stop. (She did not die on the scene, but later in the hospital as a result of the shooting) Her job was to protect our community, and she sacrificed everything for this, something she believed in. 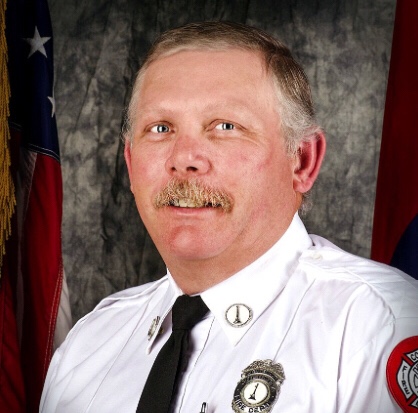 Lt. Bruce Britt was a firefighter in my hometown. He was 48 years old. In February 2014 he responded to a roof collapse at a local apartment. While trying to help residents escape, (or ensure everyone was out, I am not 100% familiar with the timeline of events), part of the walkway he was on collapsed, and he passed away. He had been a firefighter for many years, dedicated to saving lives, and sacrificed everything for something he believed in. 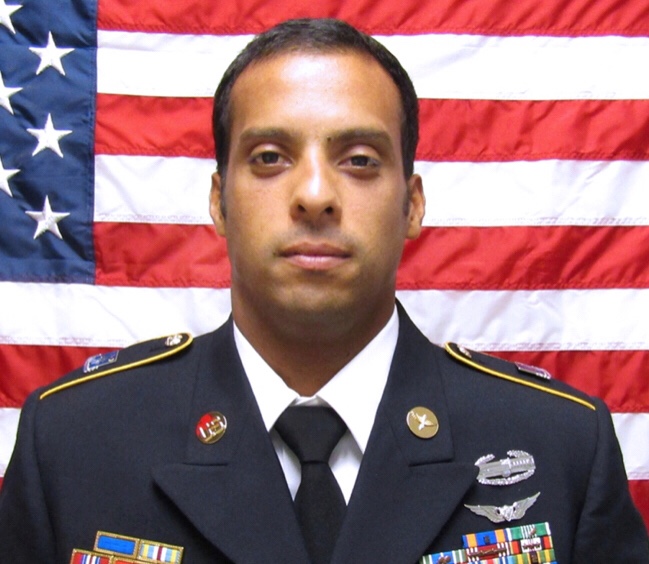 Staff Sgt. Emil Rivera Lopez was a 31 year old solider in the US Army. I met him when my ex husband joined 160th Special Operation Aviation Regiment out of Savannah GA. They went through training together for this elite position in the military. He was on a blackhawk in Yemen on August 25th, 2017 when it crashed. His body was not found, but was updated to deceased on August 31st. He left behind kids that I once knew. He was dedicated to serving our country. He sacrificed EVERYTHING, for something he believed in.

Those are just three faces that I believe deserve to have those words across them. No, I won’t be burning my Nikes over this whole thing, but I do think that their marketing team missed the mark a little. Unless that was their goal?! After all, here I am talking about them, and that’s probably what they want!